All 38 seats in the Michigan Senate are up for election in 2022.  Republicans currently have a 22-16 majority, and have controlled the senate since 1983.  The Michigan state senate is up only in midterms, which usually favor Republicans more than presidential years.  However, Republicans lost five seats in the bad year of 2018.

Michigan has a new state senate map, thanks to the Michigan's Independent Redistricting Commission.  The commission drew lines that split many counties and split Grand Rapids, Ann Arbor, and the Lansing area to benefit Ds.  The city of Detroit was split to reduce the number of black-majority districts from five to zero.  The commission created several competitive districts. 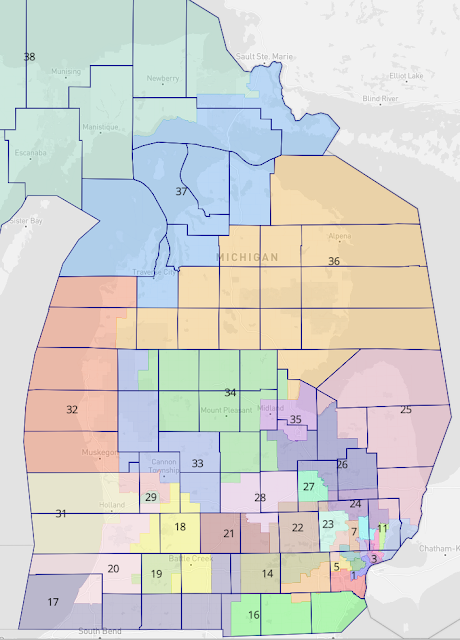 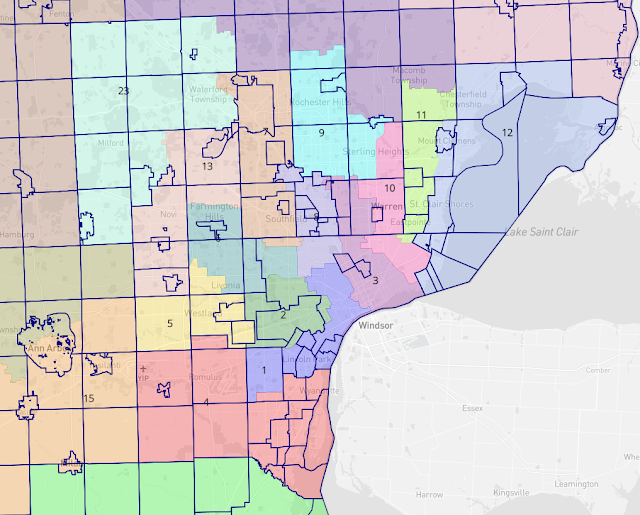 Interactive versions of the map are available at Dave's Redistricting and MICRC.

Three R and one D incumbents had to move.  Seven senators are term-limited.  Two senators are running for congress, two are running for state house, and one just retired.  One was disqualified from the ballot.  There was one incumbent-v-incumbent primary.  There will also be several interesting general election races. 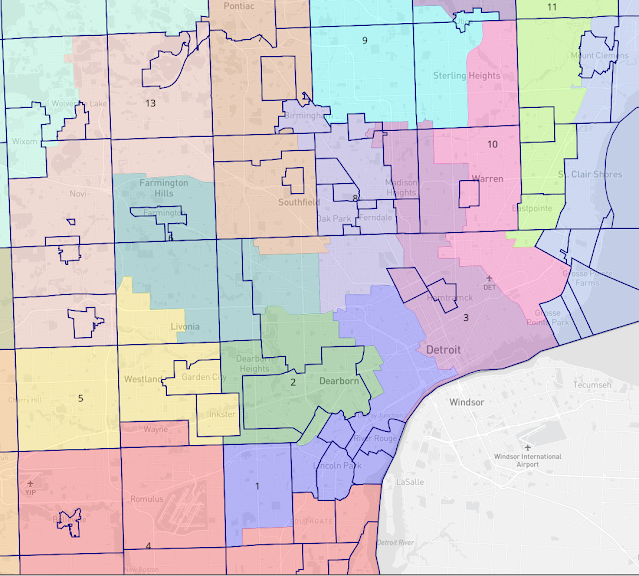 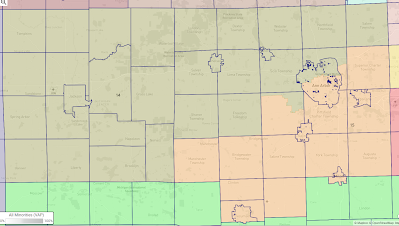 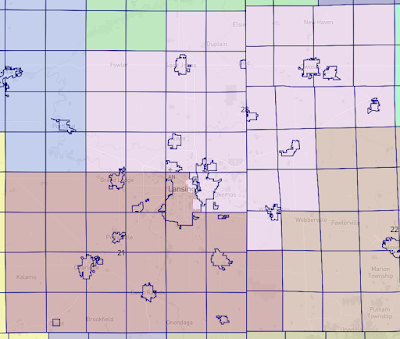 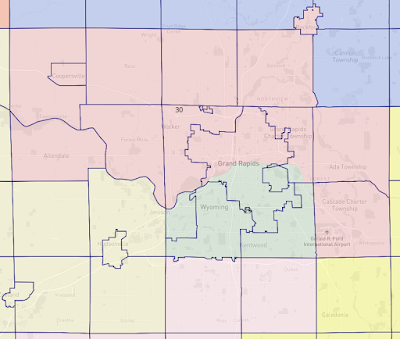