All 110 seats in the Michigan House of Representatives will be up for election in November. Republicans won a 63-47 majority in 2016, the same margin as in 2014. There are 42 open seats, 25 held by Republicans and 17 held by democrats. There are 23 open due to term-limits, 18 just due to seeking another office, and 1 pure retirement.

Democrats are hoping to take control of the state house. They may benefit from anti-Trump enthusiasm.  In some seats, the candidate fields have yet to take shape. Libertarians achieved major party status due to Gary Johnson's showing in 2016, which makes it easier for people to run as Libertarians.  Another factor is the fate of the bill eliminating straight ticket voting, which is currently tied up in court.

The last two cycles have seen contests between moderate and conservative factions in the house GOP, won by the conservatives narrowly in 2014 and more decisively in 2016.  This time, the house GOP candidate recruitment is solidly in the hands of conservatives, and conservative Lee Chatfield is the presumptive next house GOP leader.  There are still likely to be some ideological battles, particularly in districts vacated by moderate incumbents. 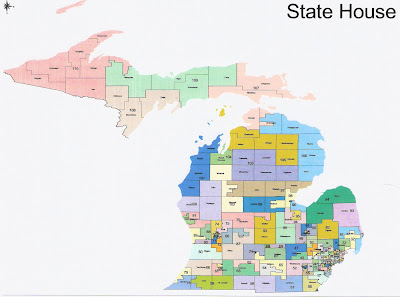 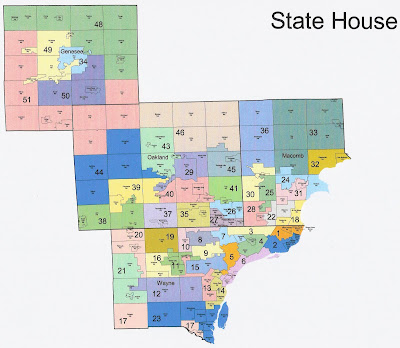 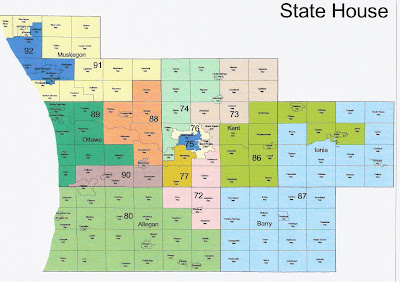 The following lists district number, current incumbent, geographic description, 2012, 2014, and 2016 state house results, 2012 Romney %, 2016 Trump % (if known), and political rating.  Candidates who filed a reporting waiver, indicating that they will not raise more than $1000 (and hence are not serious) are typically omitted.  The complete candidate list is available here:

Read more »
Posted by Conservative First at 4:31 PM No comments: