The trends that led to Donald Trump's statewide victory in Michigan also affected Kalamazoo County.  Trump did well in rural areas.  He also did much better in downscale areas of Comstock and Galesburg.  He did badly in Kalamazoo and underperformed in upscale areas of Portage and Oshtemo. 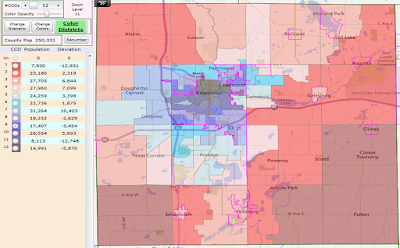 Trump got the same two-party percentage (43.2%) as Romney in Kalamazoo County.  The following map compares Trump and Romney.  More green is better for Trump, more yellow/orange is worse for Trump (better for Romney). 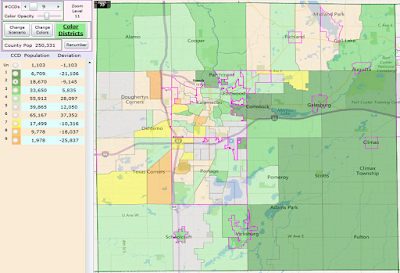 The State Board of Education can be used as a measure of generic R and D vote since almost nobody is familiar with the candidates.  The two-party percentages are Trump 43.2%, SBOE 48.1%. 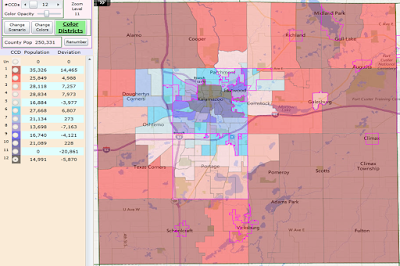 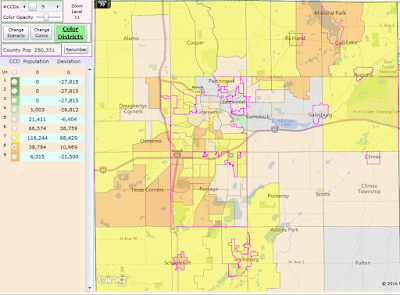 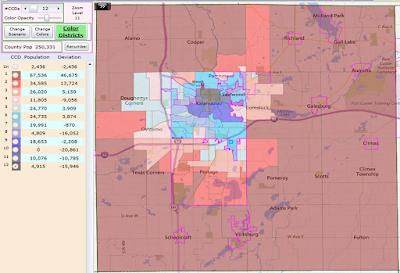 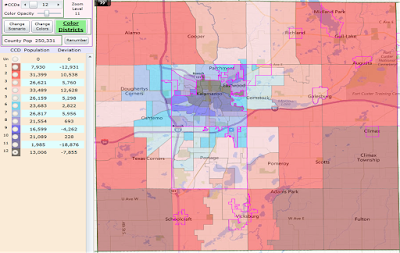 However, we don’t know what people would have done in its absence.  In Kalamazoo, more democrats voted straight ticket (33218) than Republicans (25159).  The following map shows which party had more straight ticket voters in each precinct. 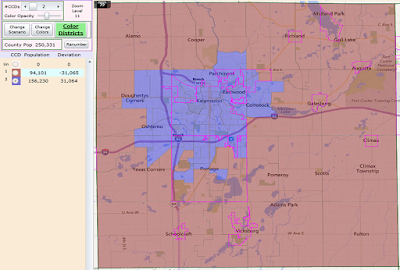 Posted by Conservative First at 1:43 AM